We perform hypothesis driven research in pelagic chemical ecology. We isolate and identify signal molecules, explore how they are transmitted, what effect they have in the responding organisms and in the pelagic ecosystem. The group is multidisciplinary, chemists and biologists work together on the same research questions.

Sea lice, ectoparasitic copepods on salmonide fish, are a tremendous problem in the fin fish industry. Current efforts to combat the lice involves pesticides and the use of cleaner fish wrasse. Lice become resistant to the pesticides, and in addition they have negative effects on non-target organisms at the treatment site.

Cleaner fish do not have these downsides, but the wild populations of cleaner fish wrasse cannot sustain the needs from the growing fin fish industry. Thus, novel approaches are urgently needed.

Here we try to identify the compounds that guide sea lice to prey and mates. We develop a chemically baited trap to monitor sea lice in the wild, and to decimate sea lice in fish farms. This project is funded by a FORMAS young scientist grant to ES.

SIGNALS IN THE SEA

We recently identified a novel group of polar lipid signals from copepods that trigger the production of defensive metabolites, paralytic shellfish toxins, in harmful algae. This way the algae can launch their defense systems and become several hundred percent more toxic when their enemies, the copepods are present. At the same time they can re-allocate their resources to other needs when copepods are scarce. The compounds, named copepodamides, induce algal defense at pico to nanomolar concentrations.

In addition we are pursuing the effect of copepodamide signaling on the cellular level. We expose algal cultures to copepodamides and monitor the transcriptome and metabolome response. 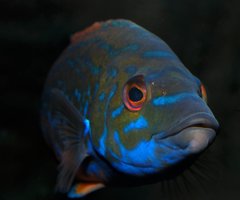 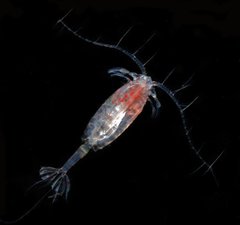