S/Y Toya safely moored in Edinburgh after crossing the North Sea. Toya is equipped with a pump allowing for safe and easy indoor sampling.

INSIGHT: Stories from the Sea.

How to sample the sea with a low carbon emission!

Extending measurements into the open oceans often involves a significant carbon foot print as well as substantial costs. This spring we took the opportunity to sample for copepodamdides in the North Sea. Starting from Lysekil, Sweden across to Edinburgh, Scotland on board S/Y Toya (Picture-left), a 34 ft boat skippered by Dr Fredrik Noren, a jack of all trades on the marine arena in Sweden and the father of sea squirt aquaculture in the area.

We departed Friday morning 14th June at 09:00. Passing over Skagerrak to the southern tip of Norway which went a breeze with favourable winds. The bird fauna changed distinctly some 15 nautical miles off the coast. Fulmars and gannets replaced most gulls, and only a few black-backed gulls accompanied us out into the open ocean.  In Mandal, Norway we spent half a day topping up the water tanks and making some final adjustments for the North Sea including rigging a line to which we could attach our safety lines when working on deck. In the afternoon, we set sails and left for Scotland. The weather forecast promised southerly winds slowly turning to a less favourable westerly direction.

­The first 24 hours passed with moderate wind and wave action. Sometime before dawn I was awoken by the skipper calling “Dolphins”. Stumbling out of my bunk in my underwear I got to see five of these fascinating creatures swimming along the side the boat, rapidly breaking the surface before traversing to the other side of the hull and returning for another swim by.

For several hours to come white-beaked dolphins accompanied us on and off. We spotted a couple of larger whales, possibly Minke whales, in the distance. We were often surrounded by 360° free horizon and only occasionally saw other ships. Half-way across to Scotland the first oil rig appeared, and even if it is not a beautiful sight, it is a little comforting to know that there is someone that can be reached over the VHF if needed.

Sailing far out in the open sea, especially at dawn and dusk does brings me into a special state of mind. Together with the simple life of 4 hour watches and minimal additional duties the sailing life offers a lot of time for contemplation. It is not all that often one gets the chance to pursue a thought from start to end without interruption.

On day three of our journey, the wind picked up and waves grew higher and steeper. Sampling became harder, and we had a short fire alert incident when smoke accompanied by a strong scent of burnt plastic filled the boat. After an intense search we found the source; an overheated pump. The pump was detached and the course towards Edinburg resumed. By now several of us had caught a little seasick from working in the smoke-filled cabin, and it became worse when the toilet malfunctioned in a way that made the septic tank contents backwashinto the boat. The three meter waves did not make it any better, but skipper Fredrik performed an impressive damage control that we could later complete on the calmer water of the Firth of Forth.

In the mouth of Firth of Forth we sailed past the Isle of May, a beautiful island filled to the brim with nesting Puffins, Gannets, and Fulmars. After that we sailed on to the Royal yacht club in Edinburg where we enjoyed a long nice shower and fish and chips before cleaning out the boat for the new crew arriving to take Toya the opposite direction back home to Sweden. My samples are still on board, but as soon as they get back I will analyze the first off shore samples of copepodamides, taken with a minimal carbon foot-print, at a very low cost, and, I would argue with a greater and more memorable experience than a traditional research cruise ship would have offered. It is time we start decrease the emissions also from the scientific community and pull our share to mitigate climate change. 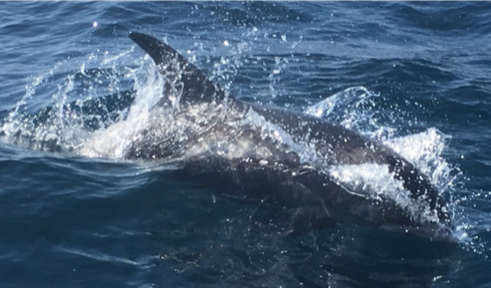 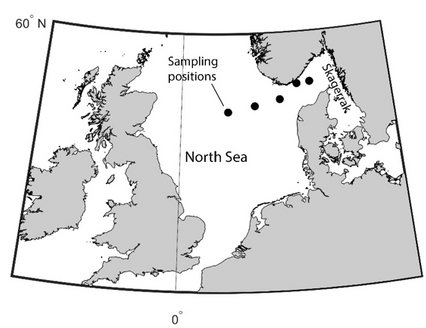 Map showing the sampling positions along the route of Toya. We started from Lysekil on the Swedish westcoast and finished in Edinburgh Scotland. 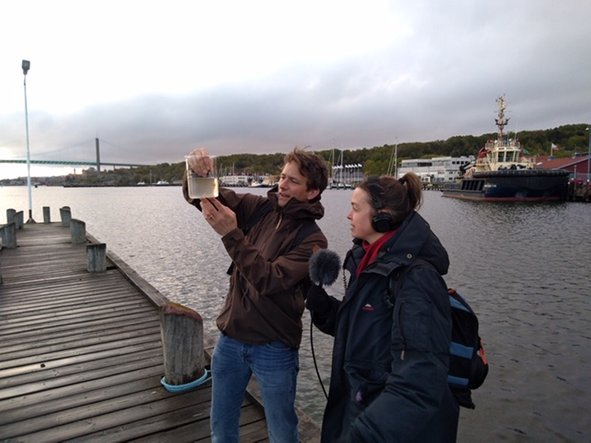 A selection of photos and films documenting our work and findings with pelagic organisms.

Much of our work involves image and film analysis to better understand the behavioural response to chemical stimulae of the organims we study. Here we present our best photos and film, showcasing the beauty and complexity of this poorly understood ecosystem.

Behind the scenes from our latest interview with the Swedish Public radio service (P1). Click here to listen to the interview (in Swedish) 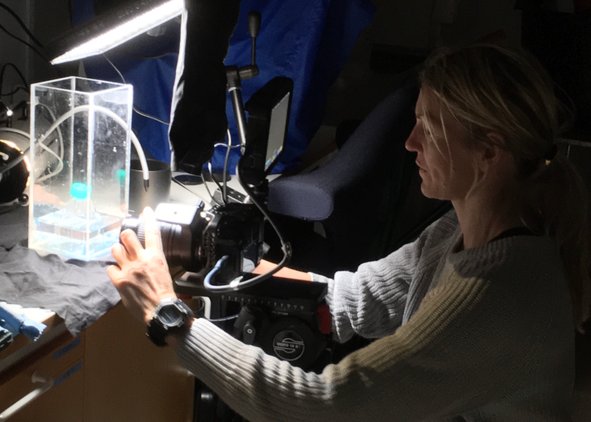 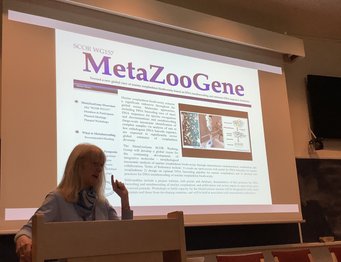 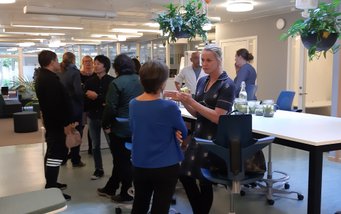 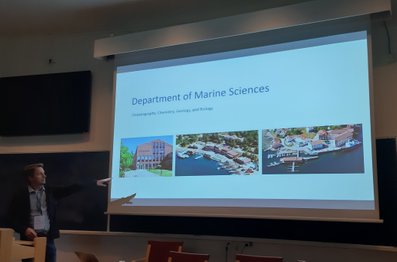 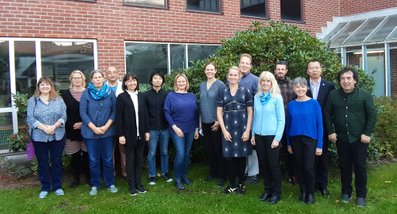 SCOR WG157 MetaZooGene 2019 Annual Meeting at the GGBC, hosted by University of Gothenburg. Erik presents the Department of Marine Sciences.

Erik presents copepodamides at the Marine Biotechnology conference. Hosted by the Maritime cluster of West Sweden and University of Gothenburg 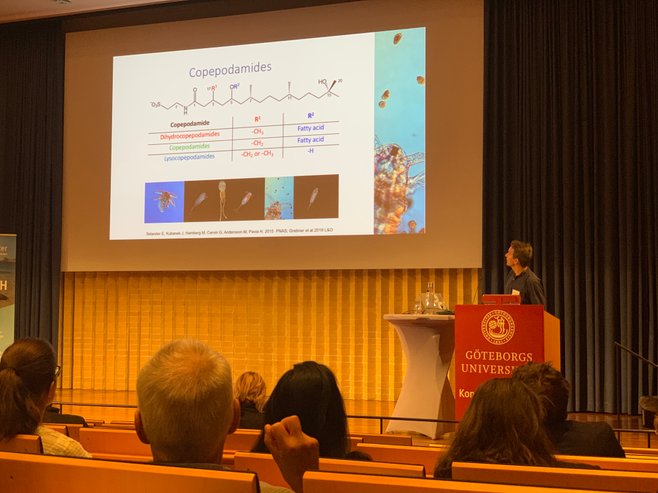 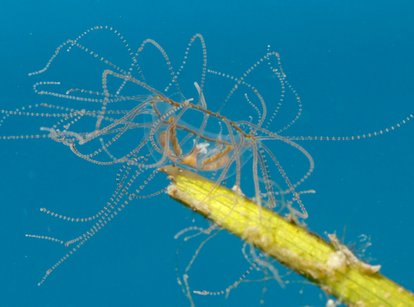 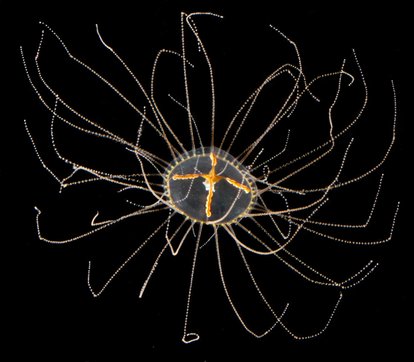 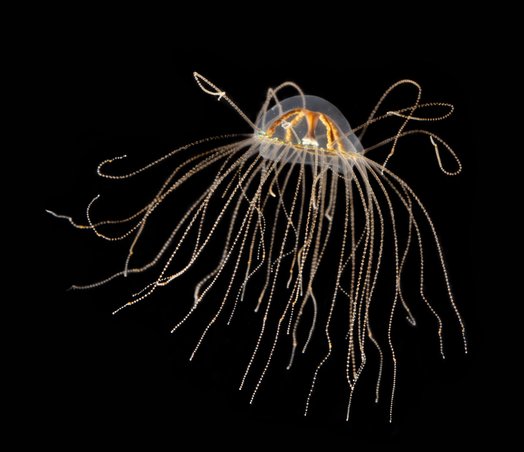 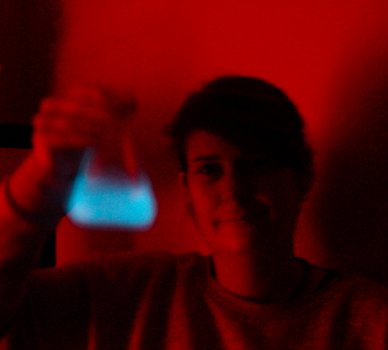 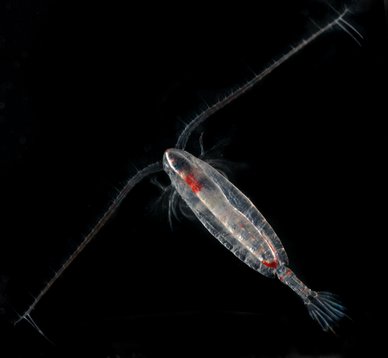 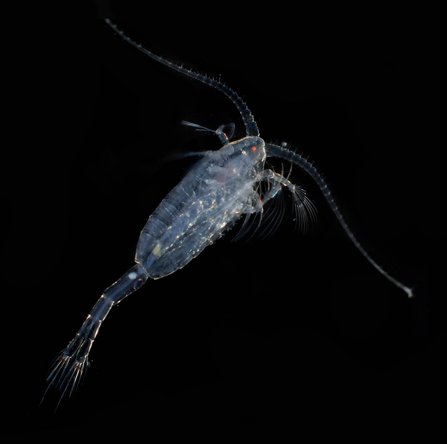 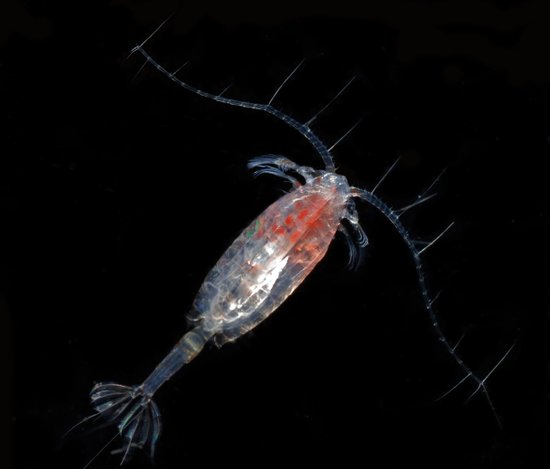 Copepods are unique and fasincating creatures. They are a type of zooplankton and they are the most abundant multi-cellular organism in the world!

During daytime they are found in the safety of darkness and come up at night to feed! Some copepods species are known to have a daily round trip of over 800m